Iodine is an essential nutrient for maintaining healthy thyroid function. It is necessary for the production of thyroid hormones, which regulate metabolism, growth, and development.

It is estimated that approximately two billion people worldwide have insufficient iodine intake. This can lead to a range of health problems, including goiter (an enlarged thyroid gland), cretinism (a condition that causes mental and physical disabilities in infants and children), and decreased cognitive function.

Because of this, iodine supplementation is often recommended to those who suffer from thyroid disorders, such as hypothyroidism, hyperthyroidism, Grave’s Disease, Thyroid Eye Disease, Hashimoto’s, nodules, and goiters. However, very few realize that iodine supplementation can often cause more harm than good, often causing the same issues it is supposed to be preventing.

While there are some countries where soil might not have sufficient iodine, and the population lacks this nutrient, iodine deficiency is very uncommon in what are considered “developed” countries. Not is it only added to table salt, which means that it will be in most of the prepared-to-consume foods, but properly farmed land is still very rich in iodine (when the soil is not sprayed or overfarmed). And, oftentimes, due to uninformed recommendations, many still supplement with iodine as well. In the United States and other developed countries, for example, the vast majority of people get sufficient iodine from their diet and should not need to take supplements. If any danger exists in such countries, it is that of iodine overconsumption.

So, what are the DOs and DON’Ts of iodine intake?

Here are the recommended daily intakes of iodine for different age groups, according to the WHO:

However, it is important to note that these recommendations may vary depending on the specific needs of the individual. 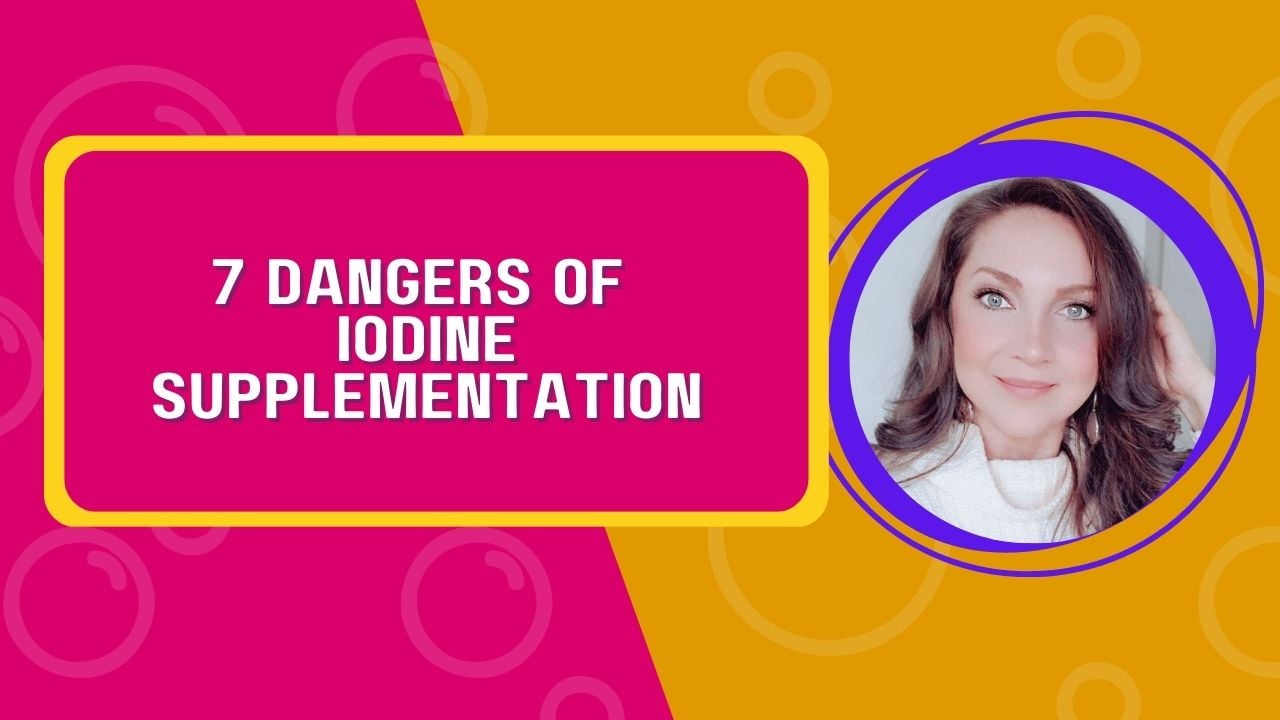 If you are considering supplementing with iodine due to a thyroid disorder (or for any other reason) it is important to be aware of the potential risks and dangers of iodine supplementation. Taking too much iodine can cause thyroid dysfunction and other health issues.

It is possible to overdose on iodine, which can cause symptoms such as nausea, vomiting, diarrhea, and stomach pain. In severe cases, an iodine overdose can lead to coma or death.

2. Thyroid dysfunction from Too Much Iodine Supplementation

Iodine supplementation can cause thyroid dysfunction in people with certain pre-existing conditions, such as autoimmune thyroid disease or previous thyroid surgery.

Some people may be allergic to iodine, which can cause symptoms such as rash, itching, swelling, and difficulty breathing.

In some cases, iodine supplementation can lead to hyperthyroidism, a condition in which the thyroid gland produces too much thyroid hormone. Symptoms of hyperthyroidism include rapid heartbeat, weight loss, and anxiety.

On the other hand, iodine supplementation can also cause hypothyroidism, a condition in which the thyroid gland does not produce enough thyroid hormone. Symptoms of hypothyroidism include fatigue, weight gain, and depression.

Iodine supplementation can also cause thyroiditis, an inflammation of the thyroid gland that can lead to pain, swelling, and difficulty swallowing.

Iodine can interact with certain medications, including some blood pressure medications and lithium, a common treatment for bipolar disorder.

Instead of taking iodine supplements, we focus on a well-rounded thyroid-healing diet and including foods known to have healthy levels of iodine in them. 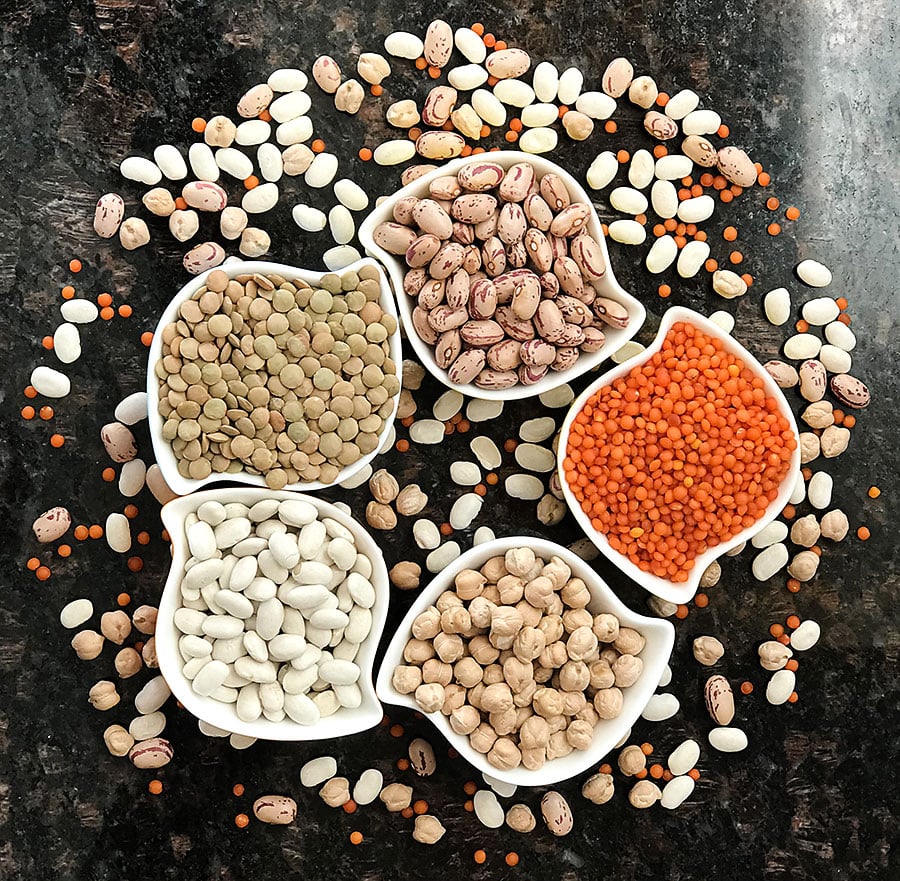 Here is a list of plant-based foods that are rich in iodine:

1. Seaweed if Rich in Iodine

Seaweed, such as kelp, nori, and dulse, is one of the most concentrated sources of iodine. Just a small amount of seaweed can provide the recommended daily intake of iodine.

NOTE: I do not recommend having seaweed too frequently for two reasons: 1. the waters in which the seaweed grows have a lot of pollution, which is then passed on to the consumer; and 2. it is still possible to consume too much iodine when consuming seaweed.

Navy beans are a good source of iodine, with a half-cup serving providing about 60% of the recommended daily intake.

Garlic is a good source of iodine, with a single clove providing about 10% of the recommended daily intake.

Potatoes, especially those grown in iodine-rich soil, can be a good source of iodine. A medium-sized potato provides about 20% of the recommended daily intake.

Strawberries are a good source of iodine, with a cup of strawberries providing about 20% of the recommended daily intake.

Cranberries are another good source of iodine, with a cup of cranberries providing about 15% of the recommended daily intake.

Prunes are a good source of iodine, with a cup of prunes providing about 10% of the recommended daily intake.

I personally recommend avoiding iodized table salt, as it is too heavily processed and has too much iodine in it.

It is important to note that the amount of iodine in plant-based foods can vary depending on the iodine content of the soil in which they are grown. To ensure adequate intake of iodine, it is recommended to include a variety of iodine-rich foods in your diet, which is very easy to do when consuming an organic whole foods diet.

If you would like to learn more about the role of iodine in thyroid health, check out THIS ARTICLE.