Over 44 veterans per day (16,060 per year) take their lives daily by suicide, as they are unable to reintegrate back into society, scarred by the horrors of war and violence. They suffer from trauma, depression, anxiety, Traumatic Brain Injury, PTSD (Post Traumatic Stress Disorder), and panic attacks, while also dealing with physical injuries. These numbers get magnified by the addition of civilian lives lost due to similar traumatic events and mental disorders, as suicide comes at the top of the leading causes of death in the U.S.

Western medicine has been proven to be a little more than useless for these heroes, as the recommended treatment of SSRIs such as Citalopram (Celexa), Escitalopram (Lexapro), Paroxetine (Paxil), Fluoxetine (Prozac), Fluvoxamine (Luvox), Sertraline (Zoloft), and the likes, come with severe side effects, including suicidal ideations.

In contrast, there are plant medicines that offer a natural and safe alternative. They have been used for centuries by indigenous cultures around the world. They have even been studied in the early-to-mid 20th century before Big Pharma played its role in banning most of them. Past and latest studies show that these medicines can be highly effective in treating various mental conditions, such as PTSD, anxiety, depression, panic attacks, TBI, and more.

Yet, these medicines that have the capacity to help save millions of veterans and civilian lives are labeled as Schedule 1 illicit drugs.

In the last few episodes of THE HEALTH WIZARD PODCAST, we began to take a dive into the power of these unsung heroes. Today, we will take an even deeper look, because, plant medicines are the new frontier in mental health treatment.

For too long, the only option available to those suffering from mental illness has been pharmaceuticals. While some of these drugs can have some mild benefits for some, they often come with a host of dangerous side effects and are very addictive for most.

Plant medicines, on other hand, have been shown to be incredibly effective at treating a wide range of mental health conditions without side effects.

Some of the plant medicines that have been studied and have shown to be effective in treating mental illness include iboga, ayahuasca, DMT, 5MeO-DMT, MDMA, LSD, and psilocybin. Each of these plant medicines has its own unique properties and can provide different benefits to those who use them.

Iboga, for instance, is a powerful plant medicine that has been used for centuries by the Bwiti people of West Africa. It has been shown to be effective at treating addiction, depression, and PTSD, and can even help to repair the damage caused by TBI.

Ayahuasca has been used for centuries by the indigenous people of the Amazon. It is known for its ability to induce profound spiritual experiences and can be incredibly effective at treating anxiety, depression, and PTSD.

And now, there is a new kid on the block – Psilomethoxin, a fortuitous combination of psilocybin and 5-MEO-DMT.

Unlike 5MEO-DMT and psilocybin, Psilomethoxin does not alter sensory perception or cause any major mental disturbances (lacks any hallucinogenic qualities) at a microdose level and holds a promise of saving millions of lives.

Please join me on today’s episode of the Health Wizard Podcast, as I interview one of the contributing creators of Psilomethoxin, who is also a trailblazer in the field of mental health. We will discuss the benefits of each plant medicine, including Psilomethoxin, and the ways those who suffer from mental or health conditions that can be helped by plant medicines can get the help they need in the most legal way.

Ian Benouis is a trailblazer in the field of mental health. He is a co-developer of the new plant medicine Psilomethoxin. 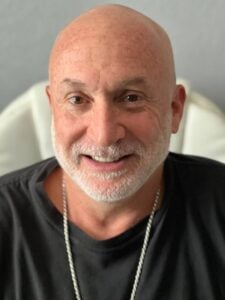 Ian is an intellectual property attorney and a West Point graduate, former US Army officer, Blackhawk helicopter pilot, and combat veteran. He was a pilot-in-command and his aviation brigade flew more night vision goggle hours than any unit in the military except for the Task Force 160 Special Operations.

Ian participated in Operation Just Cause in the Republic of Panama. This operation was the largest combat operation in US history focused directly on the War on Drugs and was the largest special operations deployment ever conducted.

Like many war vets, Ian suffered from TBI and multiple health challenges. Rather than suffering, Ian chose to work with various plant medicines to heal himself.

He is an advisor for Mission Within, where he was Patient One, an organization that treats special operators with PTSD, TBI (traumatic brain injury), and addiction using psychedelic medicines like iboga and Bufo Alverius Toad, in Mexico.

Having healed himself with plant medicines, Ian has been helping wounded veterans for over 9 years to do the same. In 2016 Ian organized a trip for six veterans with PTSD to Peru for a 10-day plant diet including ayahuasca and other plant medicines. Ian also took some of the same veterans to Mexico for treatment with iboga and 5-Meo-DMT. This experience was captured on video and was released as a documentary titled Soldiers of the Vine.

Ian has moderated numerous veteran panels including the MAPS Psychedelic Science conference in 2018 in Austin and the World Bufo Alvarius Congress in 2019 in Mexico City.

He is a political activist in the natural medicine space nationally and locally in Texas.

Ian and his law partner have created over fifty entheogenic churches in the US.

You can find Ian at his websites: https://psychedelicmusalman.com and https://psilomethoxin.com. 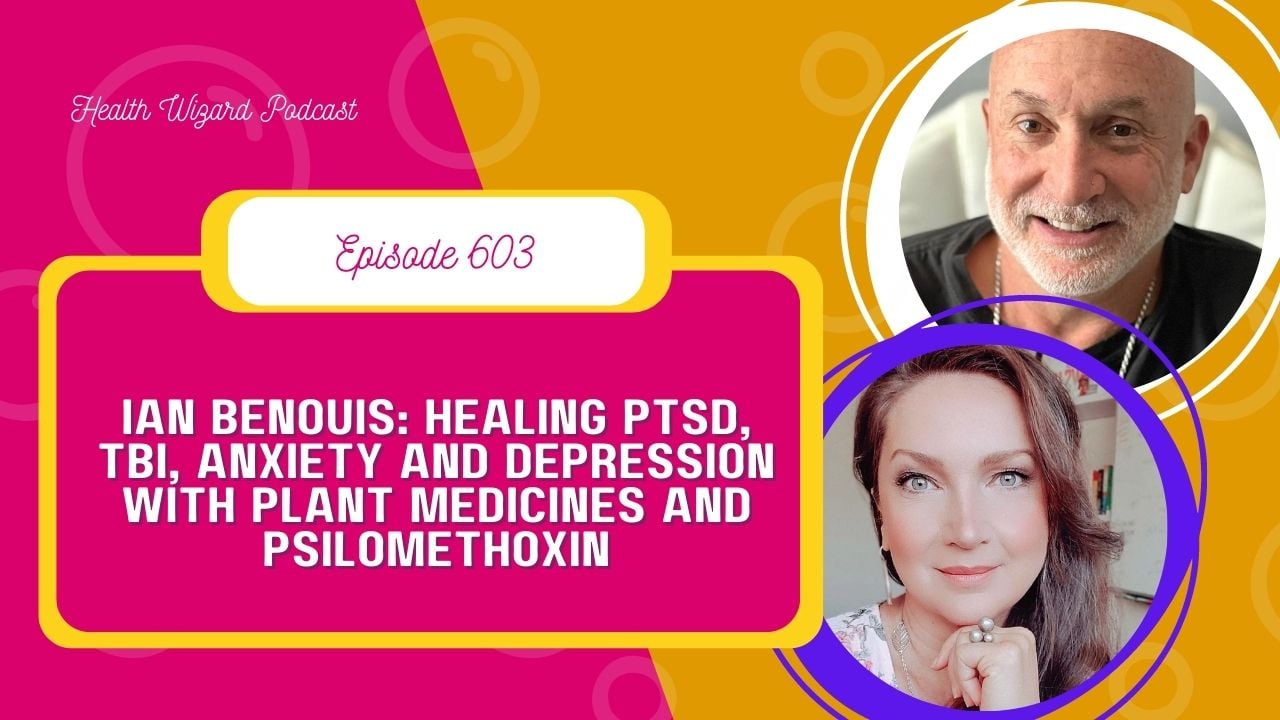 You can subscribe to “THE HEALTH WIZARD PODCAST” on iTunes, Google Play, Stitcher Radio, Amazon Music, or TuneIn