How Kristi Reversed Grave’s Disease and Shrunk a Goiter

Defying her prognosis of having to have a thyroidectomy after a 15-year battle with Grave’s disease – an autoimmune condition, and a growing goiter, Kristi desperately searched for an alternative option. There was too much riding on her keeping her thyroid gland. Without it, she knew she would be doomed to a life with multiple symptoms and immediately developing hypothyroidism.

She spent FIFTEEN years chasing an elusive solution to reversing Grave’s disease and getting her life back.

She had a lot to live for – a wonderful relationship, two beautiful children, a fitness career, but…

Her symptoms got worse, regardless of what she tried. Eventually, her heart rate was so high that her doctors told her she might die in her sleep.

To add insult to injury, she developed a goiter and it was growing. Alarmingly!

Kristi searched everywhere, tried everything, and finally felt that there’s nothing else that can be done.

She scheduled a radical thyroidectomy. It was a matter of life and death.

However, deep in her heart, she prayed for a miracle.

And then she remembered the call she had with me in December of 2017 when I told her that there might be a way. In 2017, she felt that she was not ready to say YES to herself yet, and she wanted to test other things.

2019, a year and a half later, she remembered that there might be a “Hail Mary” option…

There was NO time to lose. NONE! NADA! Her life was on the line.

4 months of hard work. Changing the diet, the thought patterns, the lifestyle. Albeit it was great compared to many, it still needed cleaning up.

4 months of holding her breath, when taking labs.

4 months of hoping and praying.

And then this happened… 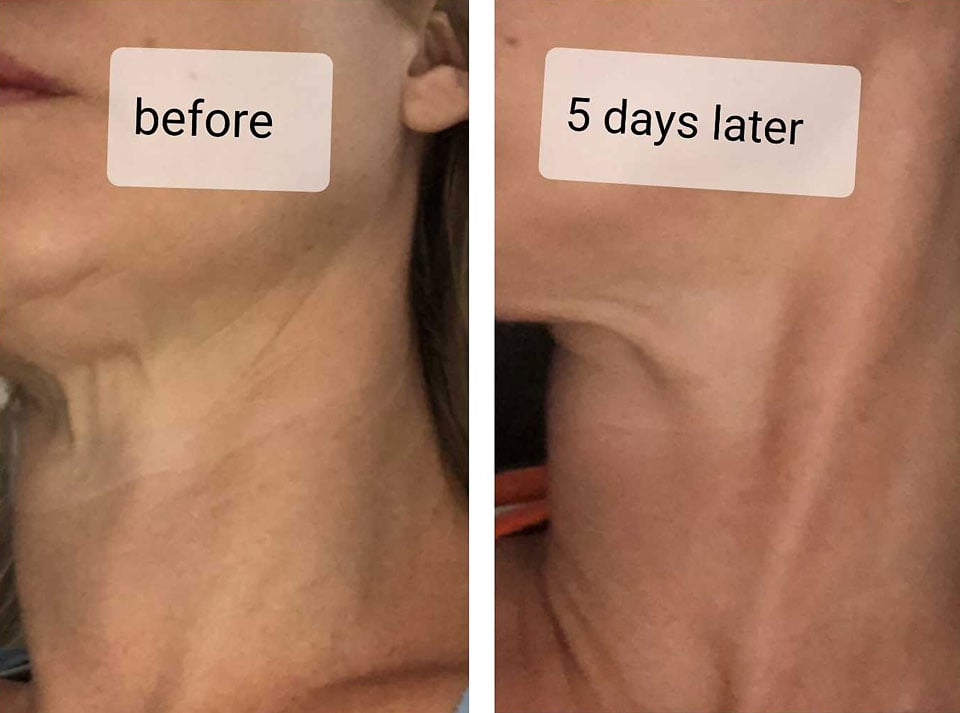 One glorious week pieces fell into place – the goiter shrunk! Not fully gone, but at least 50% smaller.

Then the heart rate normalized.

Thyroid labs showed an improvement. AND…

The doctor agreed to push back the thyroidectomy…indefinitely.

In this interview, Kristi shares how she put Grave’s into remission and saved her thyroid after shrinking the goiter.

Listen to the interview. Let it give you hope if you are still searching for your miracle. However, don’t do what Kristi did almost two years ago – do not wait too long, so you do not have to suffer longer than you already have.

And then, IF you are ready to take a quantum leap forward, let me know if you have any questions.

You can schedule a complimentary HEALTH CLARITY CALL to see what’s possible for you…before this year is over.