These 3 Common Health Practices Do More Harm than Good

I did a little research recently while putting together my media page. I pulled up every hormone imbalance I’ve ever worked with to see how many people are impacted by them. Then, I pulled up how much money is spent annually on health practices that do not work.

Ready for some light stats?

And this is only the financial piece of such conditions.

Let’s look at the human cost.

The numbers are staggering. It looks like we either know someone suffering from one of these conditions or are suffering ourselves. But these numbers fail to show the real cost – the quality of life sacrificed by women who suffer and the people in their lives. They do not tell us about their suffering, pain, fear and the feeling of hopelessness.

Here is the good news, however…

Most of these conditions can be prevented and reversed with simple dietary and lifestyle changes.

The bad news is that the medical industry says that THERE IS NO CURE for any of them.

Could it be because they get to benefit from the plight of millions of women?

While billions are spent annually in an attempt to treat these conditions, it seems that the only winners in this game are the insurance companies, Big Pharma and the medical industry. The longer these women stay sick, the more money they stand to make.

What’s unfortunate is that these women are stuck using outdated health principles that cause them more harm than good.

If you are one of these women, who already tried everything there is to try to get better…listen up!

In today’s podcast, I am sharing 3 common health practices that do more harm than good. This will be music to your ears – all three of these practices are in YOUR control! So…

Get to know what they are, then…

And instead, use the wisdom I am sharing in this podcast to change the course of your health.

Then, if you need help bridging the gap between disease and health, reach out. Let’s see if we can help you remove yourself from these statistics and help you enjoy your life instead.

These 3 common health practices do more harm than good 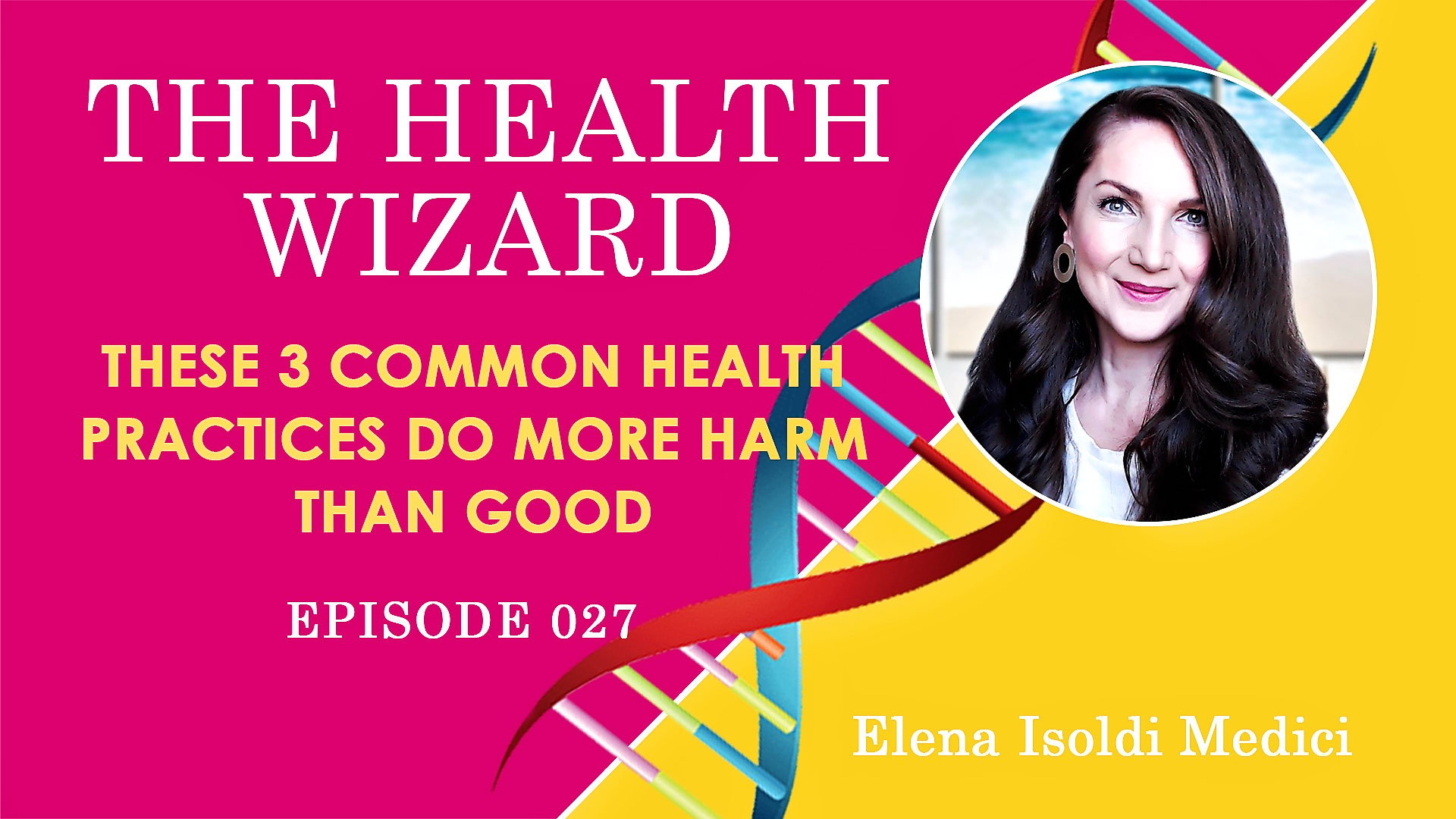 Loved the podcast? Please be sure to subscribe to THE HEALTH WIZARD show. You can find me on iTunes, Google Play, Stitcher Radio, Spotify or TuneIn.

And, please, be sure to share it with your friends and on social media.

JOIN THE MOST POWERFUL HEALTH COMMUNITY