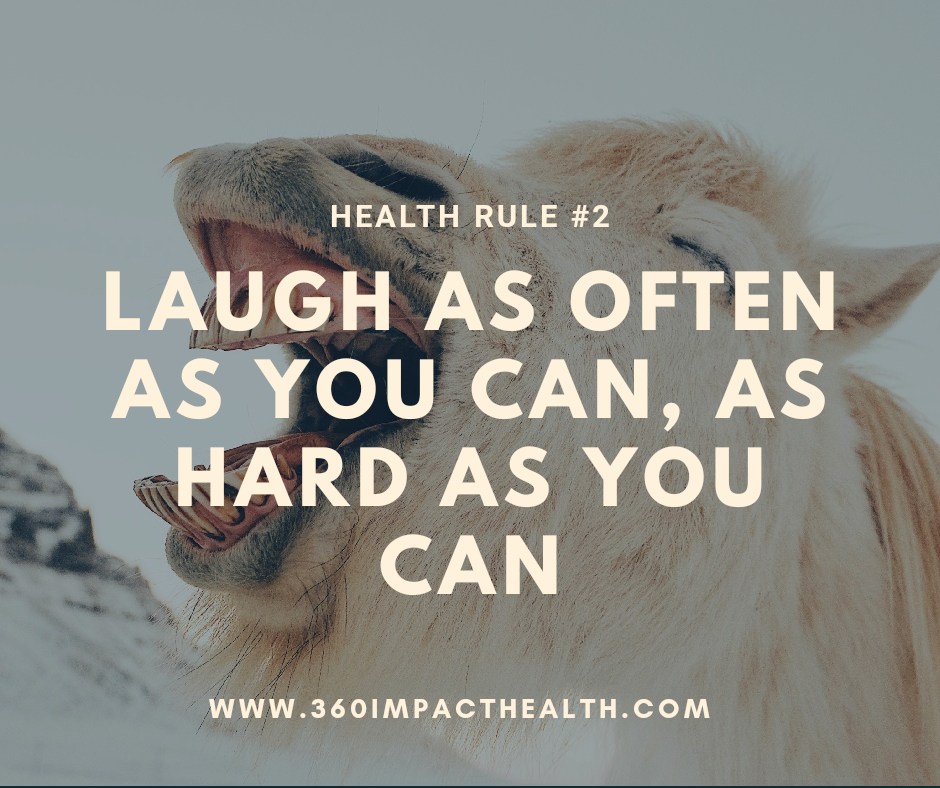 If you want to Heal yourself – Laugh as Often as You Can, As Hard as You Can!

“The art of medicine consists of keeping the patient amused while nature heals the disease.”

If complaining induces stress and causes health issues such as hormone imbalances, autoimmune conditions, and can even lead to cancer development, laughter does the opposite!

Laughter isn’t just funny business anymore! It is now a scientifically confirmed phenomenon that is proven to release healing powers into your body.

Here is how it works.

Laughter reduces stress hormones and boosts your immune system. So, your immune system, rather than working against you, as it would with Hashimoto’s, Grave’s disease and other autoimmune conditions and even allergies, works FOR you!

Laughter reduces stress, which brings the hormones of stress down and unleashes your body’s innate ability to self-regulate hormone production, fight infections, and even reduce pain.

There are many cases of spontaneous remissions from grave conditions, like stage 4 cancer (of various types) when people used laughter to overcome terminal conditions. There is even a TED talk by one of these amazing souls. A guy named Eyal even did a TED talk on how he killed cancer with laughter.

Eyal was diagnosed with terminal stomach cancer at the age of 31. Even after a set of intensive treatments, he was told he had slim chances of recovery. Instead of giving up, Eyal made a life-saving decision – he would laugh at every experience he goes through while undergoing various treatments.

While he was presented with the same opportunity as you and I to complain about the hand his life dealt him (he certainly deserved to be upset, mad and even depressed), he chose humor, because “humor supports your soul,” he said.

“I don’t trust anyone who doesn’t laugh.”

Vigorous laughter increases the heart rate, deepens the breathing rate, and uses muscles in the face, stomach, and diaphragm. This also increases the oxygen levels in your body. Yum!

Laughter research pioneer William Fry claimed it took 10 minutes on a rowing machine for his heart rate to reach the same level as ONE minute of hearty laughter.

Forget the ab rollers and the crunches – laughter works your abs!!! You can get tighter abs by laughing while burning up to 40 calories for each 15-minute increment of hearty laughter.

Researchers found that after watching an hour-long video of slapstick comedy the “natural killer cells,” which seek out and destroy malignant cells, more actively attacked tumor cells (in test tubes). These effects lasted up to 12 hours!

Laughter saves lives! And…it adds to our lifespan. Studies have reported that laughing for at least fifteen minutes can add around 2 days to your overall lifespan. So…the more you laugh, the longer you live!

Brain fog, be gone! Humor is a way to increase retention of information in academic or professional settings because of the higher number of mental connections between the information and emotional responses (laughter).

Studies have shown that laughter can even lower your blood sugar – a very important thing for diabetics. And it an effective painkiller.

Laughter encourages concentration on “right” attitudes rather than “wrong” attitudes.

To top it off…

Forget morning coffee, which is not great for your health anyway. It will mess with your hormones. Have a cup of laughter instead! Laughing shortly after you wake up can have similar effects to drinking a cup of coffee! BOOM!

Laughing instantly reduces the levels of stress hormones such as cortisol, epinephrine (adrenaline) and dopamine, and increases the production of sweet serotonin and endorphins, leaving you feeling better, healthier and younger too.

There are many ways you can bring laughter into your life. Anything from watching comedy, playing with your kiddos, have a comedy night with your friends, or even engaging in spontaneous laughter. Even if it looks crazy. Much like you can see in this video.

One thing you will notice for sure – laughter does not only bring healing into our bodies, it also brings people.

Now, tell me how can you introduce more laughter into your life. Drop a comment to share your ideas with me and others.

PS: if you would like to join an online community of women who focus on solutions rather than bandaids to address their hormone imbalance symptoms, join us at www.360impacthealth.com/group

Photo by Dan Cook on Unsplash

JOIN THE MOST POWERFUL HEALTH COMMUNITY